I was born in 1952 in Bristol, and have lived here all my life. From the age of two I spent a lot of time in hospital with respiratory problems, and then many months in a convalescent home. The home was named for Jan Smuts, a South African nationalist leader, soldier and Calvinist, who encouraged a harsh and spartan environment and also physical punishment. Kindness was not on the menu. But I was lucky to have a loving family.

My first memory of the church was when I joined the Cubs, then the Scouts. I am still involved now. The scout hut was next to the church, so clean shoes and a pressed uniform were a must. I always enjoyed going to the church – especially playing the bugle at the remembrance services.

From about the age of 18 to 33, I worked in the family lawnmower business and also played rugby. After getting injured, I gave up rugby and took up competition motor cycle racing instead. This wasn’t one of my best ideas as in February 1985 had a very bad accident in France which ended my motorbike career, and nearly my life.

Jenny, my wife and I moved to Stapleton in 1985. We were married in April 1987 at Holy Trinity Church Stapleton. We attended church, but not regularly though when our daughter was born we had her christened.

Ill-health continued to plague me and I retired from work in 2007. However life was good – until Jenny passed away in 2010 at the age of 59.

After Jenny died I felt angry and let down. Why her? Why me? I had got a lot of support from the people at Holy Trinity when Jenny was ill, so I started going to church more often.

After about three years I started to feel that I was getting closer to Christ and less angry. I joined the church council and also attended the Life Explored and Christianity Explored courses. These courses have answered lots of questions and talking with like-minded people, has helped so much. I now don’t blame God for my troubles and have started to understand why things happen. I don’t know where I would be without the church and Jesus.

I still love touring the UK and Europe in my classic sports cars and visiting and racing at the famous circuits.

My favourite scripture is Romans 8: 28

We know that God causes all things to work together for the good of those who love Him.

This was the verse that I heard when I was taken seriously ill in Devon in 2015. Through an amazing sequence of “coincidences” my life was saved and I thank God that He was near me then and will never leave me. 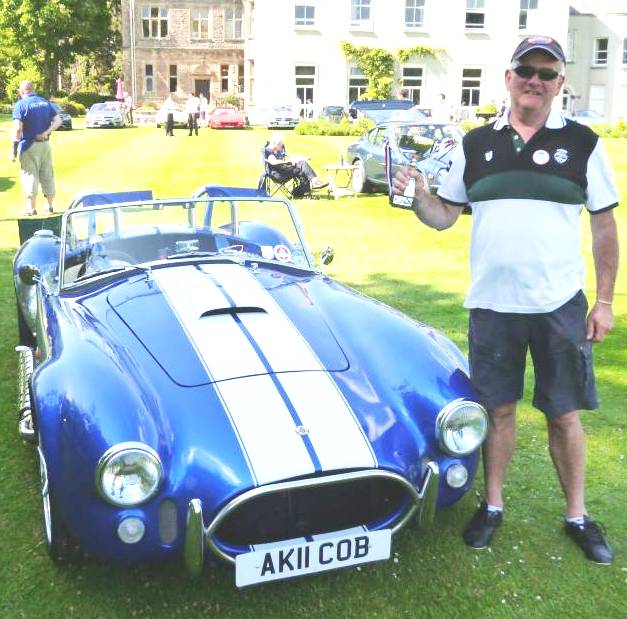